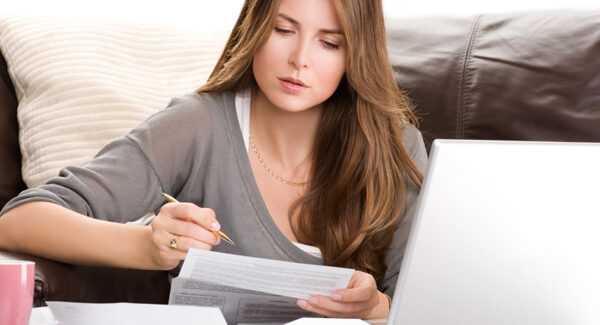 The changes in Household Bills May Sustain a better financial future

Certain financial changes are being made in every household by the government. Specific bills will see an increase in prices for mobile phones, council tax, and any more.

Many consumer websites and watchdogs help people tighten their financial grip due to these changes made in April. These changes will impact the monthly expenditure of all the households since it includes an increase in water and energy bills w.e.f. April 1.

The Chancellor of the Exchequer has announced several changes that will be implemented soon. There has been an announcement regarding the government spending plans in the Budget for 2021.

Here are the details about the changes/ increases being announced:

There has been an increase of £97 per year in the bills. This increase has affected almost 11 million households. This price hike has been announced by the Regulatory body Ofgem. A rise of £97 has been due to an increase in the energy price cap.

A price cap is set to put a limit on the supplier’s charge for the customer on standard variable tariffs.

There has been seen a significant rise this year by Ofgem. The price cap is from £1,042 per year to £1,138 for the six-month period from 1 April.

The cap has been increased due to a surge in global energy commodity prices that have, in turn, raised the cost of sourcing gas.

There has been an announcement which states that there will be an increase in the price of a TV license which will be £159, from April 1, 2021. The increase has been in line with the ongoing inflation.

The increase in the license will be effective from April 1, 2021, for all the people buying or renewing after the mentioned date. People with licenses started before April 1, 2021, such as monthly direct debit or weekly cash payments, will continue to pay the previous amount i.e. £157.50.

Until their license comes up for renewal, they will be paying the previous amount. Once their license is renewed post-April 1, 2021, they have to pay the new license amount i.e. £159.

Along with the TV license, there will be an increase in Mobile phone contracts. This increase has been made in sync with inflation.

Providers such as Three, O2, and Vodafone have been contacting customers to let them know whether they are affected by the change.

As far as Broadband companies are concerned, they will be charging more for their services from April 1, 2021.

Some Broadband companies such as Sky, BT, and Virgin raise their fees and charge more for their services from April 1, 2021.  The bills will be raised, and there will be an increase of £3 every month.

Many people want to spend lavishly on their broadband service but are unable to do so. To help these people, there are many short-term loans available in the market.

There are doorstep loans like provident loans are available in the market. These are cash loans that are processed at the borrowers’ homes.

Considering the payment capacity of people, there will be an increase in the Superfast and Essential broadband customers by £1 and £3 per month respectively.

Office for Budget Responsibility (OBR) has announced an increase in the levy by £1.8 billion. This rise was followed by the green signal given by the government. It will also apply price hikes of up to 5%.

For example, there will be an increase from £50 to £100 in-band D properties.

Along with other price increase, there will be an increase in the prices for your NHS prescription as well. The call charges will be scrapped altogether.

Despite these charges being scrapped, there will be an increase in the NHS prescription.

As per the source, there will be a decrease in the price of water bills. There will be a fall in the Water and Sewage bills of around £2 per year from April 1, 2021.

Considering the decrease in the bill, the average household bill will decrease from £410 per year to £408.

There will be variable factors involved in the pricing of the water bills. Your area location is one of the significant factors that will help decide the new bill amount.

Along with all the other things, there will be an increase in the car tax in line with the RPI inflation. This increase will be effective from April 1, 2021.

The Chancellor of the Exchequer announced in last month’s budget and made a freeze on fuel duty. As per these changes, some car drivers may see changes in their car costs.

There has been a significant increase. As mentioned above, doorstep loans like provident loans are a good source to fulfill car needs. These are online loans and are also considered cash-at-the-door services.

There will be a discount of £10 for hybrids with an annual cost of £155. This increase in annual tax will be laid on registered cars on o after April 1, 2017.

As mentioned earlier about the doorstep loans like provident loans for car needs, these loans can be borrowed on easy repayment terms. The lenders offer such loans to everybody. You have to check with your credit rating for any loan borrowing as it plays an important role. Once you have a good credit rating, you can also apply for online loans. These loans are also known as 12-month loans and are beneficial for the borrowers.

How Can Students Counter Emergencies Independently?

Money-saving hacks everyone should know and why they are crucial

Best Ways to Budget and Plan Financially After a Layoff

What if a bad credit borrower fails on an unsecured business loan?

How do personal loans help to improve your long term finances?

How to Manage Budget & Finances as a Student in the United Kingdom?